What’s a fun way to support your local veterans on Veteran’s Day?

Start growing out a beard. 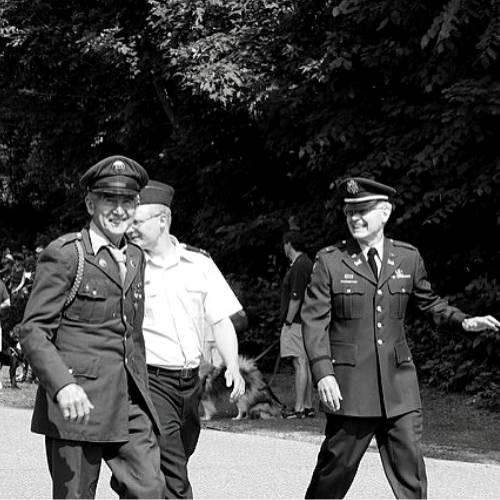 Yup, veterans love their beards. It’s no wonder why a lot of beard festivals happen during community celebrations of Veteran’s Day. It’s a communal thing; what better way to mark your solidarity with former soldiers than by prepping your awesome veteran beard for display to an appreciative crowd.

Now you might wonder why a lot of veterans like to grow their beards after they get discharged from service. We’re sure there are a lot of other reasons but basically, the answer is simple.
It’s because they can.

You see, the military services frowns on beards among men in uniform because they think that it doesn’t convey professionalism and competence. So recruits and enlisted personnel are required to have clean-shaven faces.

In the Army, for instance, regulations outlaw handlebar mustaches, goatees and beards. Sideburns must be neatly trimmed, its base kept in a straight, shaven horizontal line. Failure to do so will result in censure or a dressing down from their commanding officers.

So one can just imagine the effort they go through every morning, shaving quickly just to get rid of the 5 o’clock shadow on their mugs.

All those years of enforced shaving can take a toll on you. Not every guy will naturally get used to it. If you’re a guy with sensitive skin and prone to razor bumps and burns, shaving won’t be the highlight of your morning. In fact, if you’re having an extremely bad case of Pseudofolliculitis barbae-the medical fancy name for razor bumps - an army doctor can exempt you from shaving. But that’s not a general rule, only the exception.

For the rest of the guys, it’s up to the shaving gallows every morning.

So it doesn’t surprise us why most discharged military men grow a beard.

Having escaped the rigorous grooming regulations, growing a beard is also a way to mark their move into the civilian sector.

It’s a milestone that puts a stamp on their career service. Here at Naked Armor, we actually think that a veteran beard is a mark of prestige. It’s a beard that says, Hey, I belonged to an elite group of people who served America and survived to tell the tale.

That’s why if you’re a freshly discharged soldier who is planning to grow out his beard, you need to find the best beard style for you. 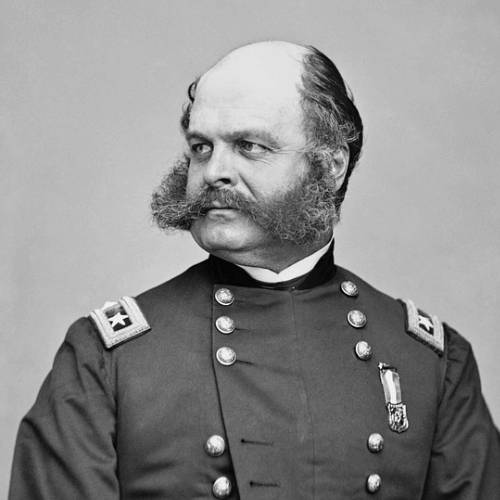 Now which style of beard is best for veterans? Picking a beard style generally depends on the shape of your face. There are lots of styles out there for different facial shapes. But it’s also a matter of picking the right one to match your personality.

Military1 has compiled a fun list of the top six beard styles that veterans usually prefer. Each of these beard styles is a statement unto itself; you can never go wrong with any of those styles.

For the record though, our favorites are the Chuck Norris and Galifianakis beard styles. Not only do they give out a sense of military professionalism but they’re also versatile enough for the workplace or for lounging at home. They’re also sexy enough in case you want to go back to the dating pool on Friday nights.

Just because you’ve decided to grow it out doesn’t mean it would just grow naturally into the style that you want. Rogue hairs will still appear and stealthily creep towards your cheekbones if you’re not watchful enough.

With all that being said, a veteran’s bearding journey doesn’t stop with just growing a beard.
Rather, he needs to care for it regularly so that it remains healthy and lush. Here are our five rules to remember when caring for your beard.

Washing your face at least two times a day cleanses your skin and gets rid of dead skin cells and excess oil. It also keeps your pores clean so that you won’t get a bad case of acne when you start trimming your mug.

Some experts recommend washing with cold water as a way to fortify your facial hair. The cold closes the hair cuticle, locking up the moisture to make your hair look healthier and shinier.

Regularly apply a beard balm to prevent it from looking like a stiff bristle. Most balms these days have natural essential oils which nourishes the beard so that it becomes conditioned and manageable for you to work. A balm also prevents beard itching.

If you’ve just started growing your beard after being discharged from service, it helps to regularly scrub your skin gently to encourage the growth of hair. Scrubbing or exfoliating your face weekly takes off the outer layer of skin that is full of dead skin cells and blocked pores. This allows the skin to breathe and form a fresh layer of skin and hair follicles.

Depending on what beard style you plan on having, it’s always good to determine beforehand how long or short you plan to have your beard grown. If you want a short beard, then you should establish a higher neckline.

For a full beard, you will want to have a lower neckline. Let your hair grow on your neck to right above the Adam’s apple. Anything lower and you’ll have a chin curtain.

Just because you’ve decided to grow it out doesn’t mean it would just grow naturally into the style that you want. Rogue hairs will still appear and stealthily creep towards your cheekbones if you’re not watchful enough. So don’t pack that razor along with your retired uniform. You’ll still find it useful enough.

Pick a Straight for a Razor

Now there’s no better way to trim that awesome veteran beard than a straight razor. Long before modern razors morphed into different designs for easy convenience, straight razors were already on the shaving scene, giving great shaves and sharp trims.

Here are the benefits of trimming your beard with a straight razor:

A straight razor’s blade is very sharp so that it can give easily give you a smooth and close shave because it cuts closely to the skin in a minimum number of passes. In fact, this is the reason why the best barbers always have a straight razor in their toolbox. It allows them to give their clients a detailed shave, especially along the neck.

The design of a straight razor gives you total control. It allows you to control the pressure and angle of the blade so that you can easily trim your facial hairs to the beard style that you want.
It is also built to last. Straight razors are often made of steel and wood which makes it durable and eco-friendly. As long as you maintain your straight razor regularly, you won’t need to spend for a replacement in your lifetime.

Here at Naked Armor, our artisanal straight razors are fitted with sharp world-class Japanese steel blades and luxurious, valuable sandalwood handles. It’s perfect for beard styling because our blades are topped off with rounded Dutch points to ensure that the razor smoothly shaves your stubbles and trims your mustache sharply without getting you cut unnecessarily as one would with a square point razor blade.

So forget out about your army issued razor. In fact, we’ve changed our minds about it. You can pack it right in with your service uniform. Now that you’ve been discharged, you’ve got lots of time on your hands. Enough time for a leisurely wet shave in the mornings with your very own luxury straight razor.

A Guide to Beard Grooming (Infographic) 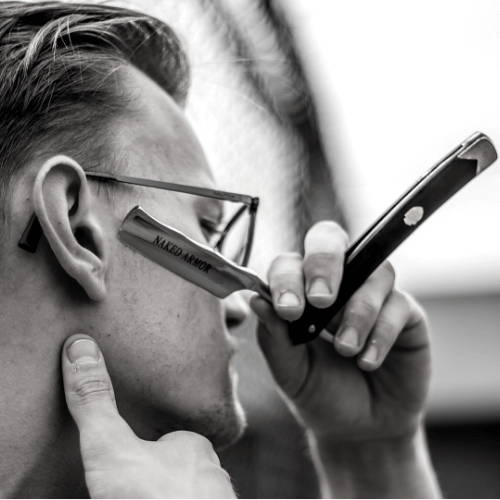 Learn How To Get Rid Of 5 O’Clock Shadow Properly

TLDR: The razor is great, and they'll make it right if it isn't up to par.

When I received my first blade from the store, I was a bit let down by the condition; a bit of corrosion and some sticky residue. I sent an email asking to trade it in and they got back to me within hours. Not only did they make it right, when I accidentally had it shipped to my old address, they quickly shipped it again without hassle.

I will be shopping here more. 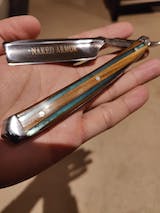 Used to have to spend 20$ on razors every month. Smoothest shave I’ve ever had and I’ll never have to deal with crappy razors. 10/10 recommend for ladies 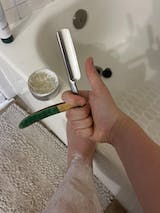 After having this straight razor for a few days once I received it, the blade didn’t seem as sharp as it could be. Without any hassle, Naked Armor took care of the situation and went above and beyond what I was expecting. Now that the razor is sharp, I can enjoy nice, close shaves. I greatly appreciate the communication behind their product and their willingness to make sure the customer has a great experience. With a great straight razor and a great company making a great product in the end, I rate this razor 15/10. The craftsmanship is well worth the $100ish dollars you will spend. 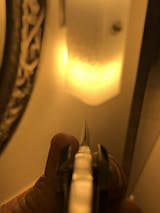 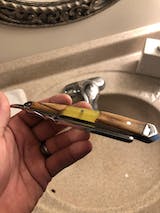 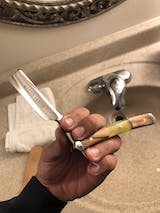 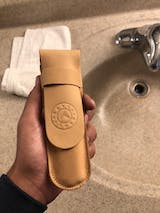 y'all have great products I would recommend y'all to anyone 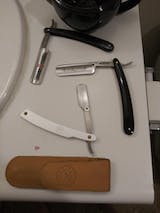 Hi guys iv just taken my first shave with the new Elyan 7/8 straight razor from Naked Armor. This modern looking straight razor is fantastic. I love the hexagonal design of the handle which kind of felt non slip to my fingers giving even greater control. The business end of this crafted tool is indeed razor sharp upon arrival which as can be seen in the video link below was put the test and did its job admirably.
Overall this felt really comfortable in the hand and shaved with the accustomed smoothness and sharpness that one would expect from Naked Armor. If your looking for a modern take on classic then this is for you!! 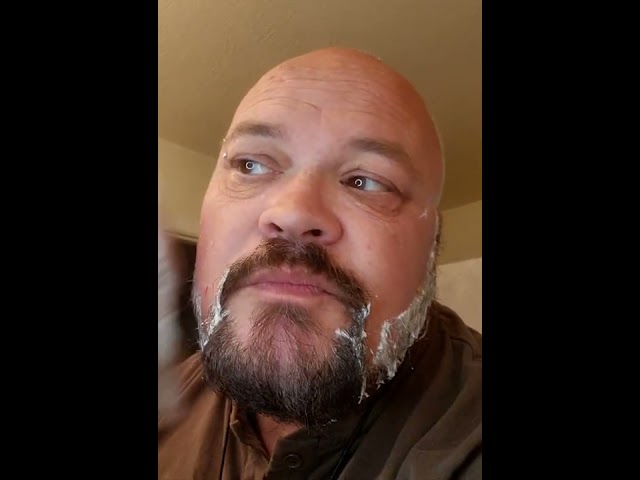