There’s something inherently masculine and sexy about a good beard. 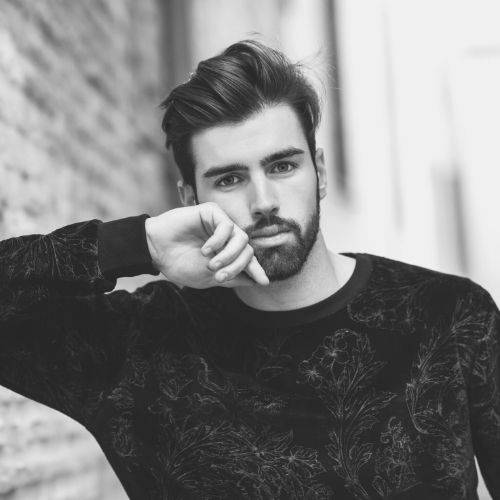 Growing a manly beard can be an effective way in making your overall appearance sexy
and dominant.

In the context of evolution, facial hair used to exemplify that a man is more socially dominant, healthier, and more masculine than other males. Beards are a glorious and sexy thing. Plus, there are copious ways for men to look hot and attractive with beards, whether it’s a Jason Momoa, a.k.a. Aquaman style or a bit of a scruff Jamie Jordan, a.k.a. Christian Grey style in Fifty Shades Darker. I bet Anastasia likes Christian with a beard and finds him hotter with it. But what about beards that make women go gaga?

Something about a beard makes women think of adventurous and independent men. They’re strong and tough, and oh, quirky. Several studies have found that beards evoke maturity, and men with stubble are more attractive than clean-shaven men. (It’s absolutely alright if you like shaving and you prefer your face clean, nice, and smooth. Be yourself, for there are many aspects that women are looking for in a man other than the beard. Mind you that women who prefer clean-shaven men do exist too!). For now, let’s get right into this sexy beard thing that is said to attract women.

In this article, you will learn: 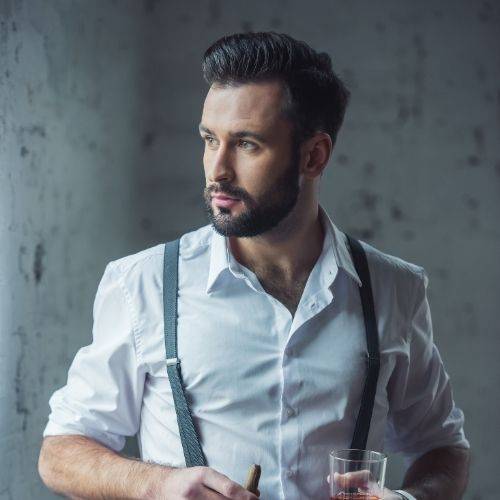 Nothing could be more attractive than a bearded man who appears to be confident of who he is.

5 Reasons Why Women Are Obsessed With Beards

Now you know that many women actually find beards attractive. It now boils down to whether they like it shorter or longer. Beard length is an essential component of attractiveness, according to Medical Daily. Moreover, researchers from the University of New South Wales, Australia, asked 351 women to weigh in on men with numerous beard growth phases.

Each respondent rated each face with a beard for “attractiveness, masculinity, health, and potential parenting ability.” It turned out that men with a 10-day stubble topped in the category of attractiveness, where men with light stubble got the lowest scores. 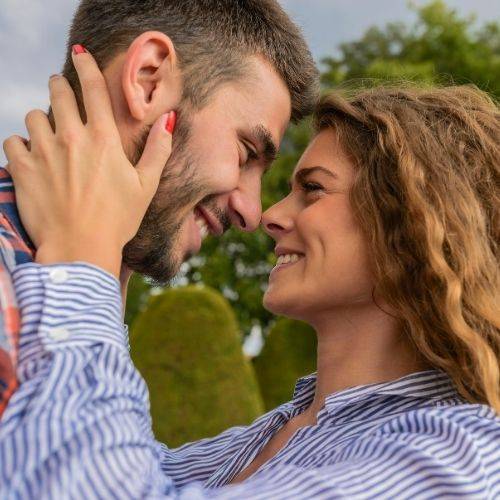 A beard is a charm and women love it.

“Aren’t they the same?”, you might ask. Well, they are basically facial hair but what makes them different is the areas on the face where hair grows. The beard is the collection of hair that grows on the chin and cheeks, while a mustache is facial hair grown on the upper lip.

According to a study of a survey conducted by WhatsYourPrice.com, it was found that over 60% of women deem beards attractive. In the survey, 2500 women were invited and participated, and 1500 voted for beards to be more attractive. Women like men with beards more than mustaches or clean-shaven faces.

Have you ever looked at a bearded man, and your impression of him was that he is a very manly person who likes to take over and the type of guy that other men won’t want to mess with? Yes, that’s it. Women perceive a man with a beard as someone masculine, committed, and confident!

Woooh! I bet bearded men who are reading this are flattered by all these beard things that are unfolding. After all, facial hair is the genetic evidence of masculinity. Having a beard works in getting the attention of every woman, whether you’re a stranger or someone she knows. It’s because a bearded guy looks like a real man.

4. Beards give a royal look.

You don’t believe me? Go to google and search for the “kings in history,” and the algorithm will show you many images of bearded and powerful-looking men sitting on a throne. If we go in history, it shows that men with beards are considered potent, strong, and powerful. Let’s add “wise” as it is mostly the case that a man can’t be a king without wisdom, and it happens that almost all of them had beards.

Every king or any powerful man in history had beards as they contribute to a royal and dashing look, and there is no doubt that women find beards attractive even up to the present times. Well, who doesn’t want a man who looks masculine and regal at the same time?

Bearded men have that sort of “I don’t care how I’m being perceived with my beard. This is what I prefer more, and I can get things done.” aura. Bearded men are deemed independent creatures who do whatever they want to. They live their lives on their terms, and no one can stop them.

They will remain faithful to you, but that doesn’t mean that they will feel obliged to agree with you at all times. For some reason, some women find that to be an ideal and a sexy attribute of a man. Beards effortlessly do the trick!

Beards are not just fashion. They are sexy, manly and women love them. I consider having a beard an asset if maintained consistently with correct grooming essentials and practices.

If you’re interested in growing a beard, you know that what comes with it is proper grooming to maintain its nice and sexy look. You can cleanse and nourish your beard with beard balm and oil. You can also tame the unruly hairs with a beard comb to improve your beard’s appearance. With proper grooming, you can truly enjoy the perks of having a beard!

Beard oil does double-duty as a styling agent. It hydrates the skin, and it helps soften and nourish beard hair. It prevents split ends and helps the hair follicle to become stronger. If you find that you have patchy hair growth, beard oil helps the hair follicles to flourish and prevents ingrown hair. According to Schneidman, the ideal beard should look shiny and groomed—not dusty, flaky, and shaggy.

Jason Schneidman, Dove Men+Care hair expert, suggests applying beard oil first thing in the morning after showering or cleansing. “This way, your hair follicles, and pores are open and can easily absorb the oil,” he adds. “Caring for skin, particularly cleansing and moisturization, is crucial, especially if you live in a cold or dry climate. We tend to think ‘more is better,’ but just a few drops of most things is plenty.” 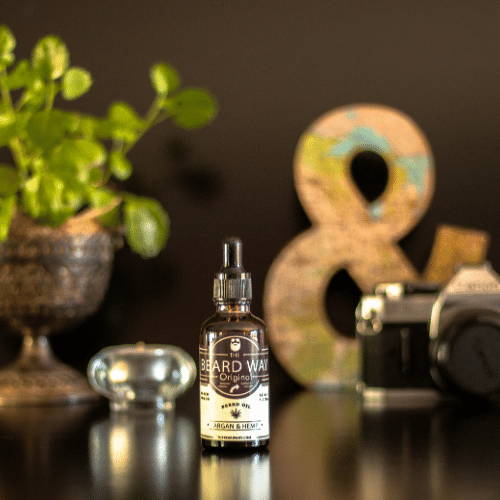 Beard balm acts as a styling aid and a leave-in-beard conditioner. A good and effective beard balm must moisturize, provide hold for styling, and make your beard look denser. You do not want to damage and irritate your facial hair, so avoid the use of beard balms with synthetic sealants like petroleum jelly. It is best to look for a balm with natural sealants like beeswax and shea butter. These organic ingredients are less likely to irritate your skin.

The best time to apply beard balm is right after you shower. At that moment, your beard is in its cleanest and freshest condition. We also recommend washing it with an all-natural beard soap. Beard balms and oils containing natural ingredients are the safest and most suitable for all skin types.

One of the advantages of combing your beard is that it will style it. You can shape and straighten it in however you want. When you want to groom your beard with scissors, a beard comb also comes in handy. Using a beard comb gives you control and allows you to trim your beard accurately.

Get your new durable Bamboo Beard Comb and Brush.

Really, What Is Sexy In Beards?

A bearded guy is confident about his looks, and that alone is sexy. If there is a room full of guys and only one has a beard, a woman can easily sense his presence even without looking. Sometimes, this lady will make any excuse to get as close as possible by attempting to start conversations, bumping into him on purpose yet making it seem accidental, or trying to make eye contact until he notices her. Bearded men undoubtedly possess a great appeal, and when they come upon a woman’s radar, it’d hardly be easy to focus elsewhere.

Knowing the perks of being a bearded man, you may want to provide extra pampering for your facial hair. It takes proper and consistent care to keep your beard looking healthy and manageable. A lack of maintenance and grooming can result in irritated skin, an untamed and unruly beard, and unhappy women or significant others due to coarse beard.

Naked Armor is your trusted companion in providing all you need to keep your beard sexy and make women swoon over you. You no longer have to deal with dryness, irritation, or any awful beard experiences. Grooming your beard is a responsibility, and it will not be complicated with the right grooming essentials and practices.

Check out our site to see more of the high-quality grooming and shaving essentials that we deliver. 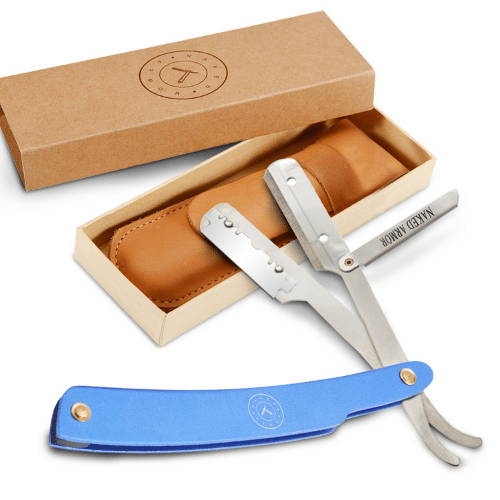 Why Are Razor Blades So Expensive? 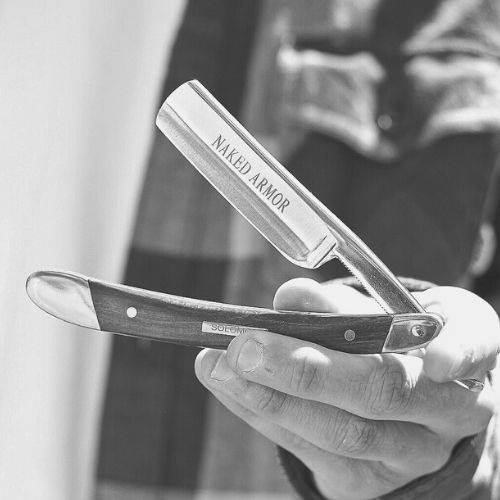 Straight Razor Hollow Ground: Is It Better Than A Wedge?