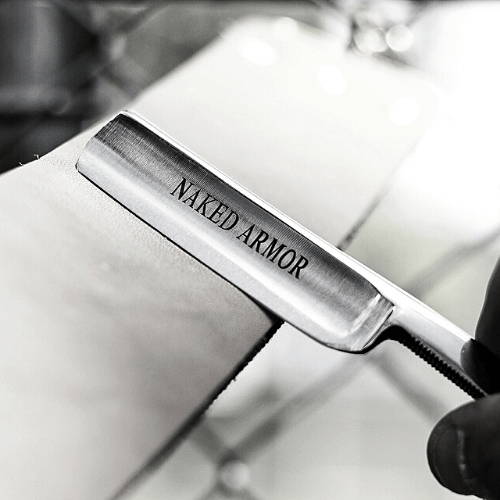 Straight razors have different blade points, and choosing the best one that will suit your needs and expertise can help you achieve a great shave.

And when looking for the ideal straight razor for you, it would be best to consider the different points of a straight razor’s blade.

Hence, in this article, we will discuss the following: 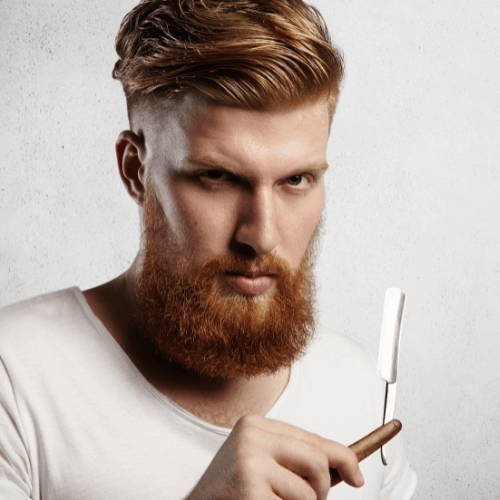 For most male shavers, switching to a straight razor is similar to joining the big leagues. It is the next level in their journey through male vanity. And no man would ever want to invest in something that will not meet his needs.

If you are like any other ordinary man, you probably started shaving with a disposable razor out of convenience.

That, and because shaving was something you just had to get over with each day. But along the years, getting nicks and cuts and spending so much on frequent shopping trips for disposable cartridges can be tiring. Therefore, it would be best to splurge one time and buy a safety razor instead.

So for a time, safety razors, being what they are, made you safe and complacent. You got fewer nicks and cuts—and only because you still had to overcome a learning curve—but you always got a smooth and clean shave. But then again, like a seven-year itch, you feel the need for something new, like wanting to turn pro.

And so you decide to get a straight razor.

The Least Of A Straight Razor’s Parts 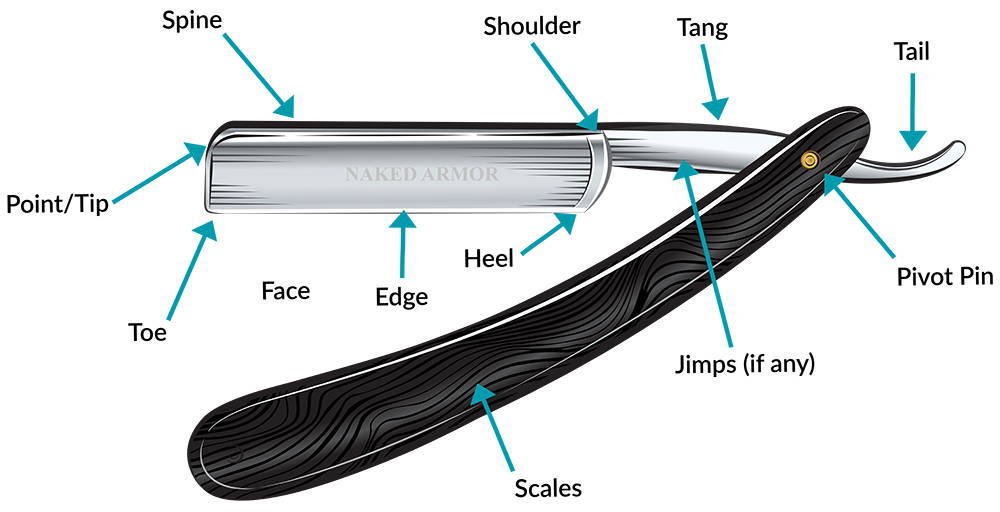 Different Parts of a Straight Razor

Suppose you are planning to get a straight razor, choosing what kind of blade point would probably be the least of your concerns. Rather, you would be looking out for the type and size of the blade, the quality of the handle, and all the other obvious stuff. That is because it is what the gatekeepers in those online shaving forums keep yammering about.

But, if you are a pro, you will know that blades, handle, and edge quality is not everything that makes up a good straight razor. As we mentioned before, in the parts of a straight razor, even if a straight razor has a straightforward design, it requires a holistic mechanism wherein every part instills an important role in its overall functionality.

We are here to tell you that even the least obvious parts have an important function in ensuring that you get the best shaving experience. It is the lesson that got Sauron overthrown in the first place; he thought the Hobbits were just tiny, insignificant creatures until one brave hobbit managed to stick his One Ring into the Fire.

The geometry of a razor blade is measured along with these factors: the shape of the blade’s point, the type of grind used for the blade, which makes it hollow or flat, and its width. Among these three, what gets a lot of mileage in discussion forums is whether the blade has a hollow grind (meaning the sides are concave) or a flat grind (the sides are straight). But then that is because the two other factors tend to be dismissed as just aesthetic modifications.

Granted, the different types of points do give their respective blades a distinctive style. More so, when you consider their names.

The six types of blade points are:

The Bespoke Unit website has an excellent illustration of these blade points. You can view it here.

Types Of Straight Razors By Point

This is maybe one instance where it is not hip to be square. The square point is not the most forgiving of blade points for rookies. It is called a square point because it resembles the straight side of a square. Thus it has a very sharp point perpendicular to the razor’s sharp edge. It requires relative skill in handling this blade. Otherwise, you will be frequently nicked by the blade.

Most vintage razors have a straight point blade, probably because this was how blades were manufactured in the olden days. If you have got heirloom razors on your shelf, we recommend you keep them stored in the meantime until you have the skill and the nerve to wield them. 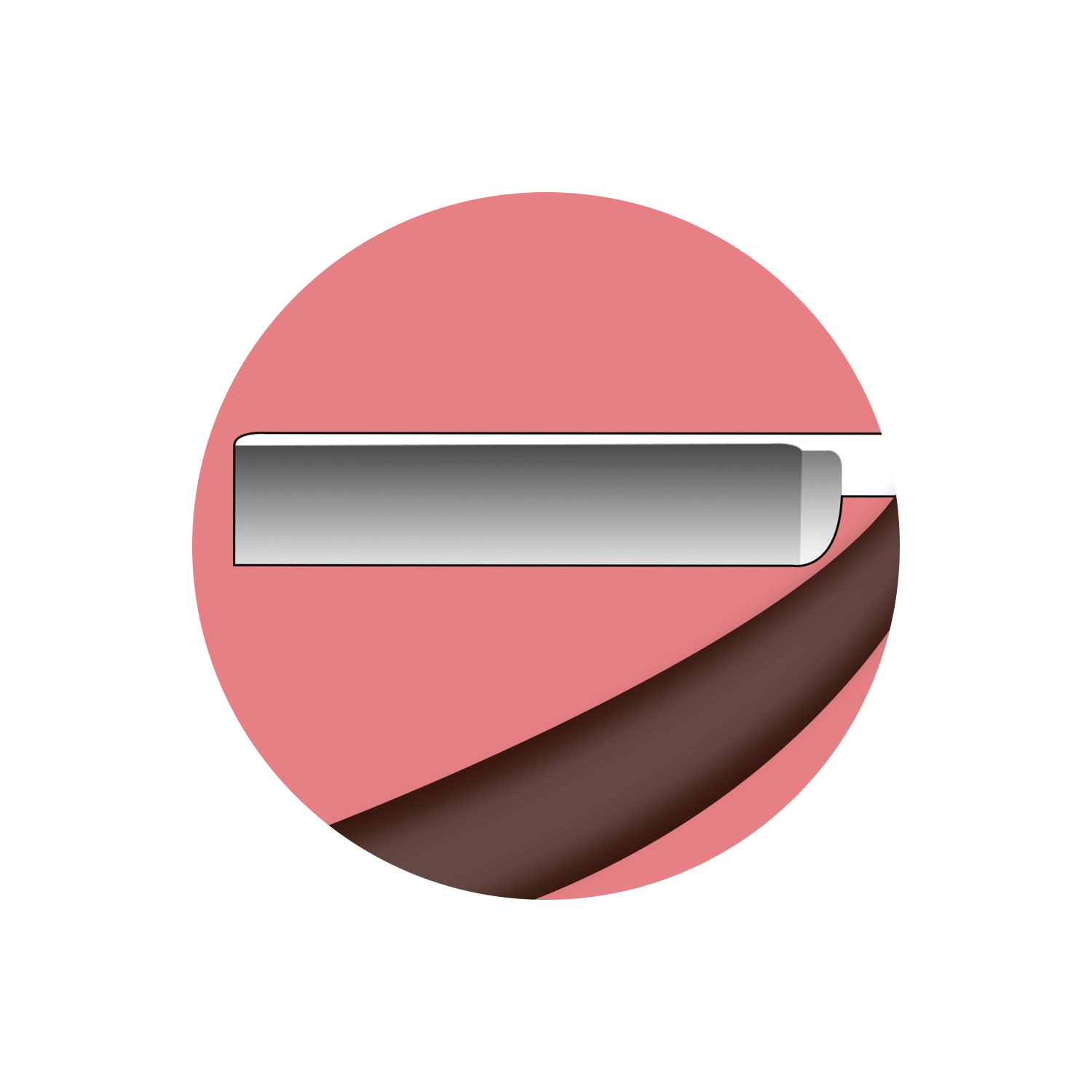 This is basically the anti-square point since Dutch points are semi-circular, without any straight edges. Of course, we can also call it the round point, but here at Naked Armor, we like to have our razor labels touched with Old World nostalgia. So Dutch point, it is.

While not as accurate as a square point, a Dutch point blade will protect you from any nicks and cuts because of its rounded edge. It is a great tool to use for easing oneself into a straight razor shaving experience. However, if you want to trim your goatee, this might not be the best blade for you since the point does not get closer to the skin as the other types. 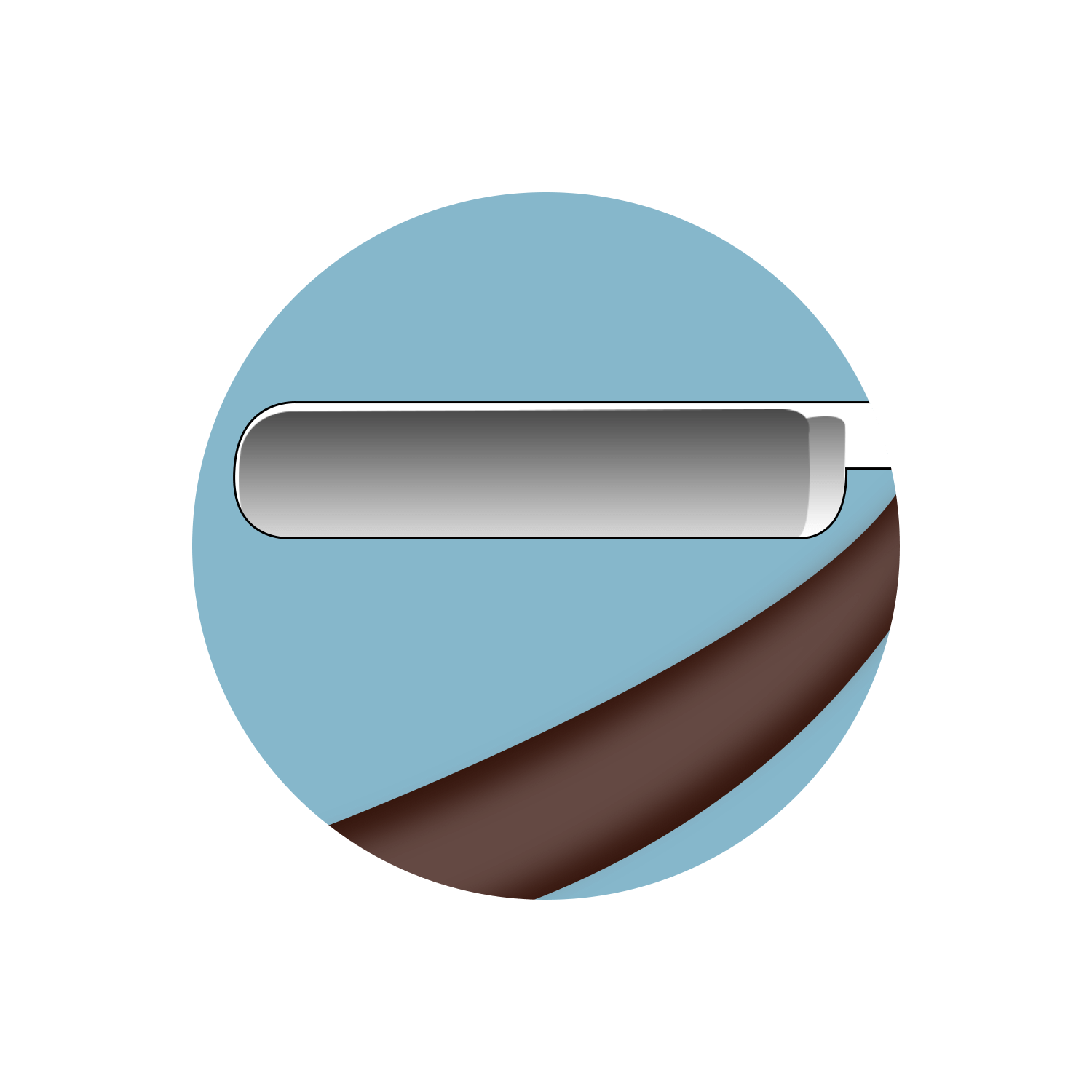 Using a Dutch point blade will easily guarantee you a smooth and clean shave, without the bumps or the cuts.

A spike point is as dangerous as it sounds. It is like the square point, except that the angle of the blade point is less than 90 degrees. This makes the blade look like its point is slanted backward. We think it is the most dangerous of all blade points because, well, it is a spike, and it will nick you if you are not carefully handling it.

But even dangerous objects are helpful for something. Spiked blade points are best for shaving areas under the nose, or the earlobe since the smaller point can maneuver anywhere. The catch? You have to be really skilled. Otherwise, you will be missing an earlobe, or worse, a nostril! 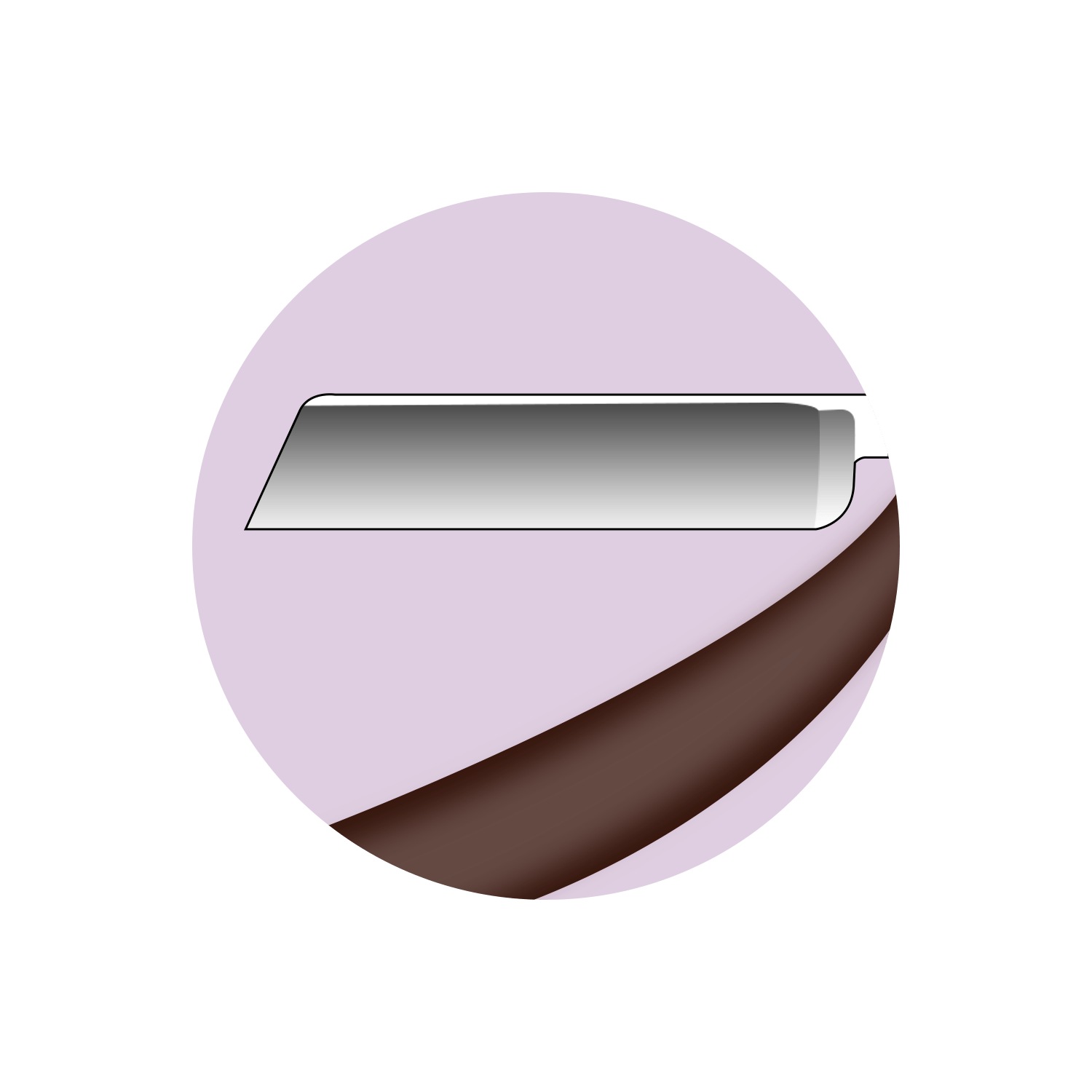 Ah, the French! We love them for their distinctive sense of style, which is probably why this point was named for them. This blade point is a fusion of both Dutch and Spike points; it has the sharp edge of a Spike to give some precision, but it is also rounded to protect the skin from being nicked. The fact that it also looks like the nose of Cyrano de Bergerac or Gerard Depardieu, if you are a movie buff, is beside the point (pun intended).

The Sharpologist loves this blade point because its smaller diameter tip makes it easier to trim facial hair while keeping accidental nicks to the minimum. 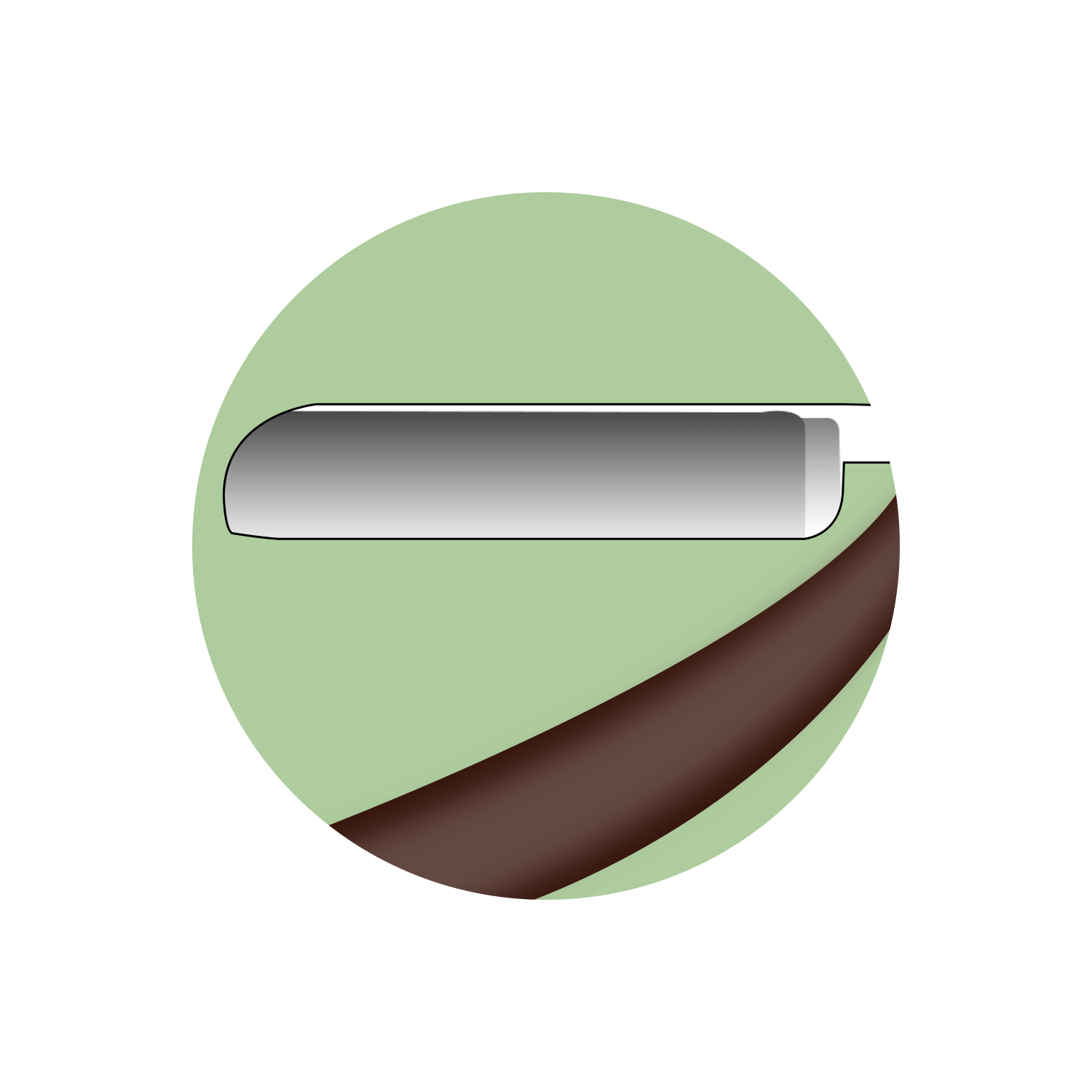 This is a uniquely shaped blade point as it has a small round tip at the edge of the spine, which then later curves into a concave end. It is not as wicked looking as a Spike point, but, hey, it is all in the execution.

A straight razor with a Spanish point can bite off your strop if you are not careful. That’s because its pronounced edges can be sharp enough to just about pounce on anything if one is not careful. Which also applies to one’s own mug. That being said, the Spanish point provides a certain degree of precision since it allows the user to see the spots they are shaving, while its inward curve protects the skin from unnecessary nicks. 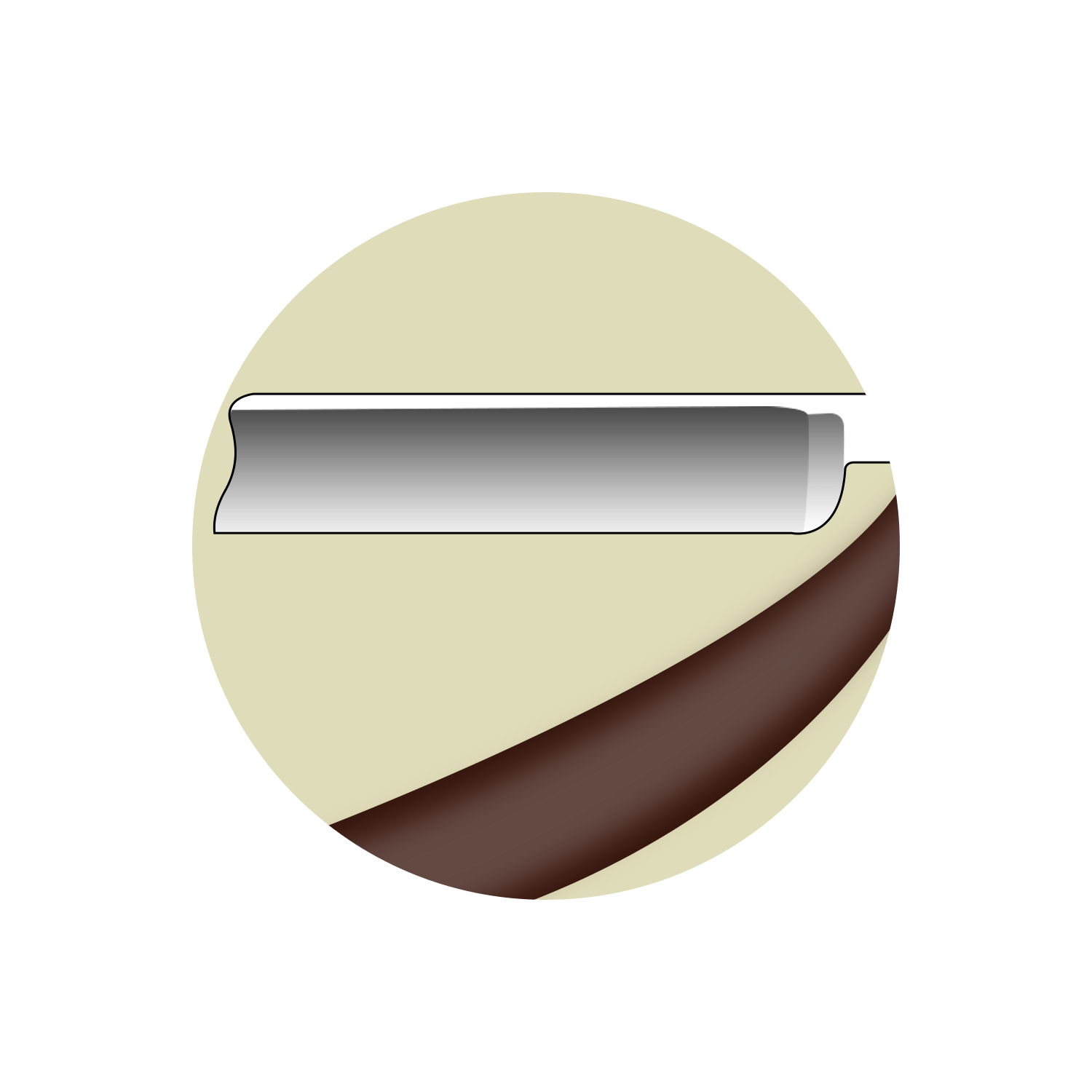 This point is popular among barbers because of the versatility of the design. It looks like an older brother of the Spanish point since it also has a rounded tip and a concave arch, except that it is bigger.

The Sharpologist site says that there had been some initial confusion about the purpose of its notch point. At one point, people thought it was used to shave the philtrum—that indentation between your nose and upper lip. But the real reason was that it allowed the barber to easily open the razor, especially when he would be busy flicking open razors during the course of his day. 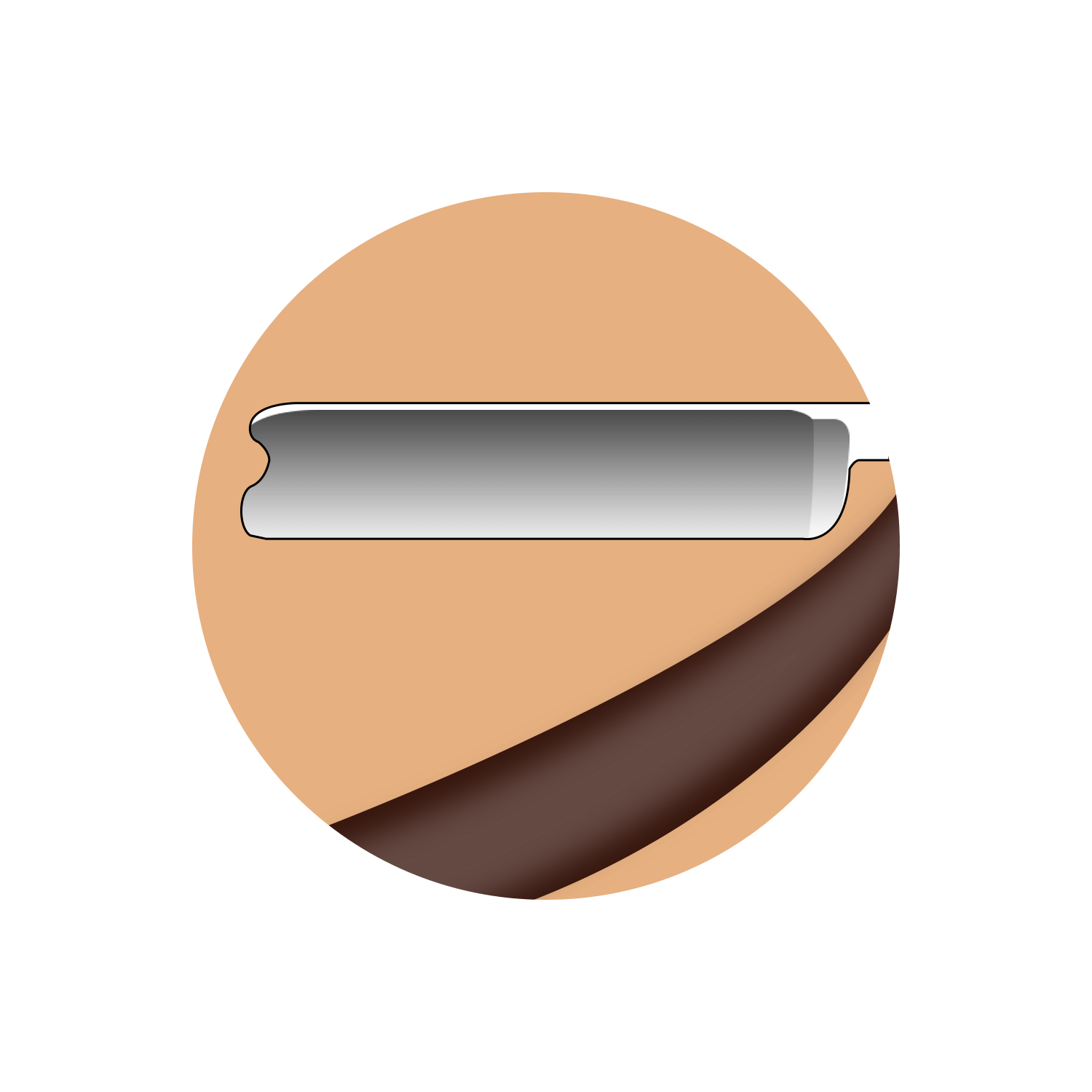 How To Choose The Best Point For Your Straight Razor?

There is no definite answer as to which type of straight razor according to its point is the best for you. Everything boils down to your own preferences, like how far along you are in mastering the art of using a straight razor, hair type, and skin condition.

Nonetheless, for us here at Naked Armor, straight razors with a Spike and Spanish points are great for those already familiar with straight razors and would want to level up their skills. Meanwhile, for beginners, opt for the Dutch point razor as its semi-circular edge is safer to wield on your skin.

If you are keener on choosing your straight razor type by its aesthetic appeal, get the French or Barber points. But overall, for practicality, the Dutch round point is best as it is more forgiving to sudden changes in angle or direction, so you get fewer nicks and cuts.

Leave the intricate carving and trimming to the professional barbers. At this stage of your manhood, you need to experience the meditative pleasures that wet shaving can provide. Using a Dutch point blade will easily guarantee you a smooth and clean shave without bumps or cuts.

Here at Naked Armor, our best-selling Solomon and King Arthur Gold Straight Razors are exquisitely designed artisanal razors. The Solomon is made of Japanese steel and a valuable algum wood handle. Meanwhile, the King Arthur Gold has a Japanese stainless steel blade bearing a handle made from Mahogany wood. 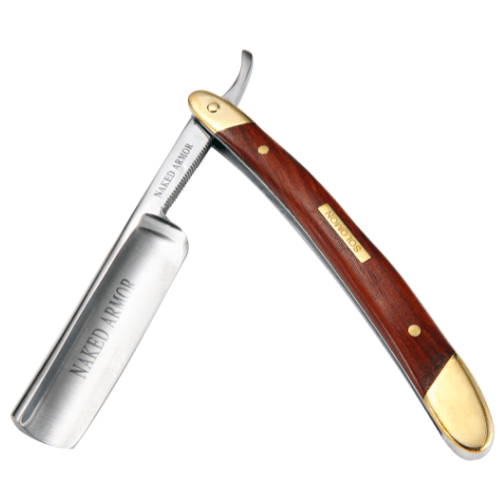 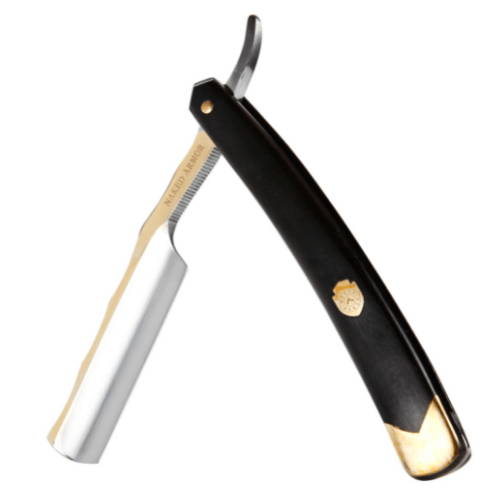 It is the perfect shaving razor to start one’s day because its sharp edge and rounded Dutch pointed blade guarantee that the blade smoothly cuts your stubbles without getting you unnecessarily cut by a straight edge.

It is a luxurious shaving experience, one which will guarantee that once you go Naked Armor, you will never look at any other lesser straight razor again.

Check out our line-up. Better yet, Click Add to the Cart below and order now.

Benefits of Using a Straight Razor

Is a Straight Razor the Best Shave 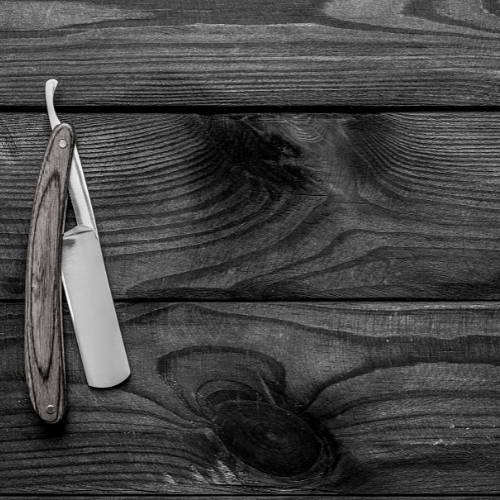 How To Use Alum Block For Shaving And More